Christ Church Episcopal School (CCES) in Greenville, SC, was formed in 1959. Since then, it has grown steadily through the years to become one of Upstate South Carolina’s most prestigious K-12 academic institutions. The performing arts are and always have been an integral part of education at CCES. According to Dr. Leonard Kupersmith, headmaster of Christ Church Episcopal School:

“In the great scheme of a K-12 school, the performing arts play a critical role in personal development. Performance is the demonstration of learning: in academics, athletics, the arts, and in ethical choices. The performing arts teach lessons that build resilience and patience, poise and teamwork.”

Our involvement with Christ Church Episcopal School began in 1997. Over the years, projects have included various upgrades to their old performance space as well as involvement in specific shows. For example, we supplied rentals for their 2015 production of Grease. Our work on the new performing arts center encompassed everything from consulting to design to installation. Along the way, we were privileged to work with McMillan Pazdan Smith Architecture, Burdette Engineering, and Theatre Consultants Collaborative. 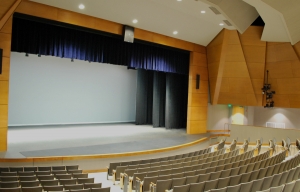 The vision for the school’s new Hartness Performing Arts Center began with the need to provide a more suitable primary school music room. From there, it grew to encompass performing arts for the entire school. PUI provided many of the needs of the new facility, including theatrical and house lighting systems, audio/visual systems, stage rigging and curtains, polyonyx+® performance flooring, safepit+® (our pit safety system), and classroom A/V systems:

Lighting systems in the auditorium

A/V systems in the auditorium 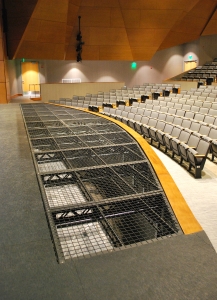 Productions Unlimited, Inc. is proud to have played such a major role in the completion of this new and wonderful performance space! 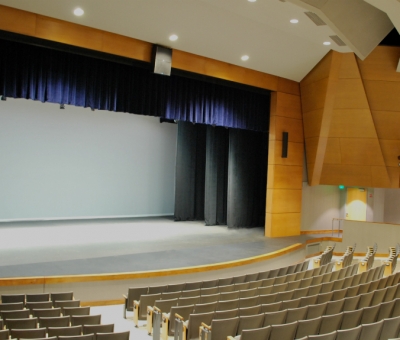 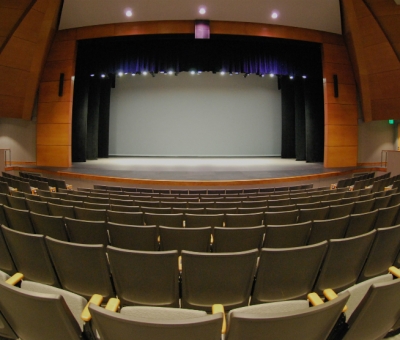 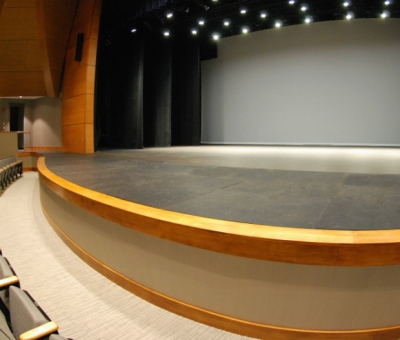 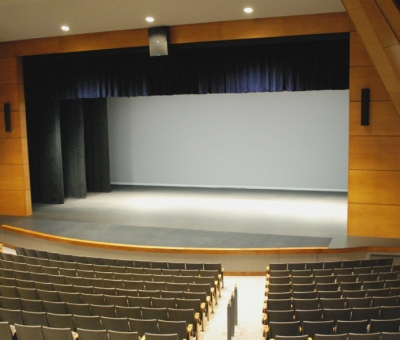 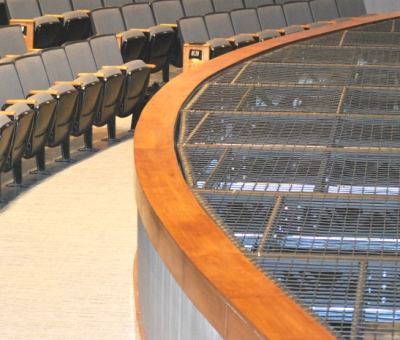 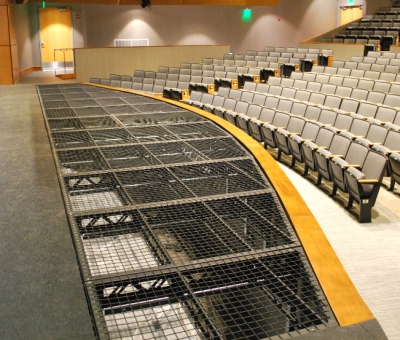 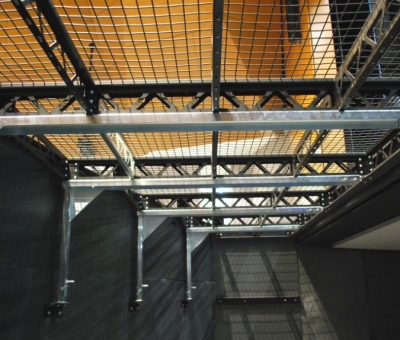 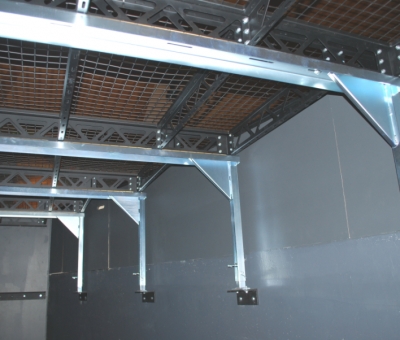